{ETA – make that “fireworks in Berlin.”

Thanks to Micra for passing this along. 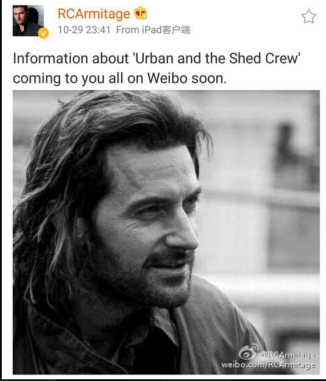 Dear @RCArmitage, we made these videos for U from China. #HappyBdayToRCA https://t.co/zNsQeQrJ9i Extended Ed. https://t.co/XD8TfGDVlA

China also buoyed “The Hobbit: The Battle of the Five Armies.” The Middle-earth finale pulled in $22.4 million across 57 markets, but the People’s Republic accounted for the largest slice, amounting to $20.2 million. The film has made nearly $100 million in China alone, and its worldwide haul stands at $915.9 million.

and he hasn’t forgotten his Brazilian friends either 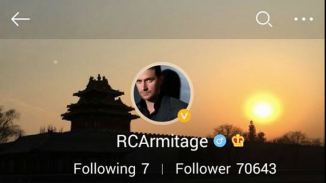 This comes from Adriana Carvalho, RABrazil

I’m going to be depending on our good friends RCArmitager_CN for passing/translating messages along. But you can find Weibo on your own, as well.