I want to yell out, “Remember what almost happened last time?” 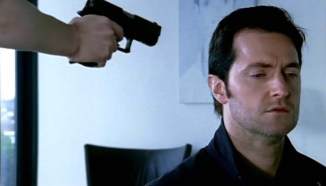 It seems like the titles of this season’s episodes have the word right, hence, my own title. For a full description of the plot for last night’s episode, I refer you to Me and Richard.  If you haven’t watched it and don’t want to be spoiled, stop reading now.

What’s the story with the parents? There seems to be a recurring, but undeveloped theme in both seasons 1 and 2 relating to our characters’ parents. Last season, there was unfinished business about how Daniel’s mother was maybe collateral damage in a car bomb aimed at an East German traitor on the night she left Daniel and his father. There was also some talk this season about a slightly abusive relationship between Daniel and his father. The mother story is true. Not sure of the father story, since he might have told it only to connect with Lena, Otto Ganz’s daughter, who also has a missing mother. ( she died)

There was also, last season, some narrative about Esther Krug’s father, which seemed more positive, although, according to Daniel, he was a pretty bad guy during the East German heyday ( if there was one).

Then there’s B.B. Yates. We see flashbacks to where she is somewhere in ( Switzerland?) at some new age, yoga, spiritual retreat, spilling her guts to a female guru. The story is mostly about how she watched her mother drive away from their family home at night, never to return. B.B. says she was 3 years old. Another missing mother. B.B. is actually under cover here. We learn later that the guru ( Hyacinth, I once knew one) is somehow involved in some sort of financial fraud, and is arrested along with the main perp. ( We know almost nothing about this, except that B.B. is trying to get Hy on tape. Oh, and B.B. got engaged to a co-worker while at the retreat, but he later dies in a car accident (accident?)

And finally, and completely irrelevant to almost anything, there’s the tension between Robert Kirsch and his son Noah, who, it turns out, is not in Berlin for a visit, but is rather, there to live and attend school. Noah gets into a fight his first day at school, and we don’t know why, or whether it even matters.

The parent/child relationship has some  cred in this week’s episode, because it looks like Lena is not completely on board with her father’s plans ( to create some sort of devastating attack on the day of the German election that will kill hundreds of people, and be blamed on Muslims, Isis, or what not.)

So, it remains to be seen whether or if this parent/child story line has any bigger pay off for the series, aside from the Lena/Otto relationship.

This plot point is the where Daniel comes into the episode. He has a short scene reporting to Esther on what’s going on with Ganz. How close they stand to one another makes me wonder whether there’s still anything sexual between them.  I think this is left intentionally vague. Daniel denies any knowledge of the missing Armando (killed in Spain -) The rest of his action is devoted to helping Lena cover up her screw up when the van ( for the attack) they had originally stolen was seized. Now she needs another one, and he helps her obtain it.

Before and after, he mines Lena, trying to figure out exactly where she stands with all this, especially her fear of her father’s wrath and how she feels about being left out of important details. Of course, Daniel needs to know the target, and so far, they’ve had no luck.

Plot hole? If the first van was seized, why aren’t the Germans on some sort of alert. Vans and trucks have been used in a number of attacks world-wide lately. After they do steal the van, and Daniel pretends to shoot the security guard off screen ( he doesn’t) because Lena doesn’t have the stomach for it, it seems to reason that the guard will report the stolen van. I assume this is OK with the Germans and Americans, since they need the plan to go forward – they need the weapons transaction to take place in order to take down and link Katarina Gerhardt and Otto Ganz. ( Apparently, the CIA now has the financial link necessary to tie the two together – this was really breezed over in dialogue).

Plot hole or hint? Later, after Otto gets a lecture from Hector about how he treats Lena, his best asset, Lena and Otto have a stroll near a river, and Daniel and Hector are listening in. Where did this bug come from? I don’t remember seeing a plant at any time – so is it possible, that Daniel’s connection with Lena was successful and she’s wearing a wire? If I missed something here, let me know.

I’d say Daniel Miller appeared in about a third of the episode. I wish we’d had as much info about his childhood as we got about B.B. Yate’s back story, which wasn’t that interesting. P.S., as an aside, B.B.’s lover, who is, I think named Augustus, is a not quite Scott Foley looking guy,  for those of you who watch Scandal.  He’s a nerdy version. He seems totally unsuited to B.B. Yates, or at least, the B.B. Yates she’s become.

Which brings me to Ashley Judd’s Yates. She is just so confrontational in almost every current day scene that it irritates the hell out of me. I get it – she’s no nonsense, asserting authority, won’t be mansplained – but in three or four consecutive scenes with her, she’s just too aggressive for me to buy that she’s had that much success as a Station Whisperer. But then, I knew some female lawyers over the years who acted as though the only way they could be taken seriously, was to act even more aggressive, nasty and unyielding than most other lawyers – and this was their way of saying they could play with the big boys. I never liked this strategy, especially when it was directed at other women.

The other three subplots revolve around Valerie Edwards and Josef Emmerich. ( He helps, she protects him, doesn’t use the honey pot trick, but then, after she gets what she wants, she shows up at his apartment, and then, well . . . .) One thing that strikes me as unrealistic is how quickly she and the rest of the team trust him with their own information. So far, it turns out he’s on the right side of everything – but it seemed to me that Valerie put herself and her info out there very quickly, considering what’s at stake. OTOH, they don’t have much time. The election is days away.

I’m not bothering here with the Steven Frost, U.S Ambassador, Robert Kirsch plot. Steven Frost is making no sense in this series, and they really ought to drop him. He goes from one character to another spilling beans and warning people off. He’s totally useless to the plot to the series. Just kill him already.

I ought to mention that in response to the Ambassador’s threat against B.B., she does disclose the whole off the books operation to him, and he’s totally on board. He may or may not involve Washington.

April, it turns out, is going to be the tech wiz. I don’t know what more we’ll see from her.

I don’t know how they’re going to stretch out to 10 episodes if the election and the explosives transfer is only days away.

Are we going to have a complete second plot this season? Seems so unlikely, but who knows?

Overall – they’re underusing Richard Armitage, who doesn’t seem to be the star of the show anymore. The most interesting characters are the Germans, especially the men, Otto and Josef.

Question: Are there too many middle aged to older characters in this series? – exactly who is the demo for this series? I’m putting Steven Frost, the U.S. Ambassador and Josef Emmerich in their late 50’s to early 60’s. Except for April and Noah, everyone else is middle aged, and a little worn out. Also, putting Richard Armitage, the arguably sexiest actor in the show, in a pseudo father/big brother role, isn’t helping.

Question: Was it true about B.B. Yates’s mother and do we care?

Question: Was B.B.’s Swiss car accident an accident or an assassination attempt?

Question: How did Hector and Daniel overhear Otto and Lena – is Lena wearing a wire?

Question: Why is Noah there? Are we going to witness another family member kidnapping?

Question: Whats up with Daniel and Esther.

Question: Aside from the financial evidence, is Gerhardt funding Otto Kranz? I’m not 100% on it.

Overall, this season seems to me even more disappointing than last season. I can’t swear I’d be watching this but for Richard Armitage.

Biggest question – how is this series going to stretch to 10 episodes? It seems to me the gang has to be successful in halting the terrorist plot. But does Gerhardt get elected anyway?

Well, there could hardly be less.

1. Already better than season 1, with just two episodes in.

2. Disturbing, suspenseful, violent, not difficult to follow ( which is one reason it’s better).

4. Um yeah, I can still complain about the American accent a little, but I won’t.

Photo from @WithanAccent Twitter – and there are loads and loads of other great photos.