It’s been a long day in Lower Alabama. The den at Chez Lady Writer may be quiet but if you peer into the room at twilight you can make out the ChaRActers right where she left them: John Porter and NotLucas on the sofa, Guy of Gisborne in the LazyBoy, and Harry Kennedy standing at the window looking at the sky, right where he was the on the night a star fell.

They knew in their bones what it meant but none of them could bring themselves to speak and make it real.

Finally, Harry Kennedy cleared his throat. “Cup of tea, anyone?”

Guy grunted a negative but the other two just shook their heads.

“Are you sure you should go out there? We don’t want to intrude, yeah?” Porter asked. Harry shrugged.

“I suppose you’re right. Leave the family to it.”

Angie was a great inspiration to me when I started my blog. She was almost always upbeat, prolific in her blogging and writing, generated loads of comments on her posts and never failed to add a comment or reblog fellow bloggers.

I’ve just had two independent reports (both via FB) that Angie K. Long has died.

Angie was a major contributor to Armitage-character fanfic when I became a fan. She didn’t shy away from anything! I particularly loved her stories, and she was endlessly creative, could make a joke out of anything (does anyone else remember the expression “Victorian Biddy Brigade”?), and in no way shy. If you’re not familiar, I’d mention “Truce” (at LiveJournal), “Guy and Rebecca: The Adventure Continues,” (at Live Journal; slash/mature); and in particular, her “Sloth Fiction” series, born from a joke I made so long ago I don’t even remember what the joke was — although it clearly involved junk food (at wattpad). Her stories are also (still) posted at DreamerFiction.

So here we are, some of us absent for months or years or weeks, together again to join the 5 or so active bloggers who’ve stayed the course.  This is a collective action – an event – in the Richard Armitage blogosphere. I’m not sure of the brief for this reunion. Why We Left or tapered off Richard Armitage blogging would be a good topic. How We’re Managing the Pandemic is a thought. Or maybe just showing up, because conversation is missing from our lives now and we sorta know each other.

Some of us are in different stages of self-sheltering, and may be coming out more. I’m not one of them. We have no cases yet in my municipality after 71 days of Quedate en Casa, but the numbers in Mexico are not good over all and Mexico City is ravaged. It’s amazing that just one hour out of Mexico’s second largest city, Guadalajara, Covid-19 hasn’t travelled that one hour. Yet.  So the virus just hasn’t arrived yet, but of course, it will. They’re slow opening and I’m not having it. Anything else, we can talk about in comments.

#RichardArmitage Blogger’s Reunion – Why?  Why did I leave blogging, or very drastically taper off? I haven’t lost complete interest in Richard Armitage. I have his timeline on my tweetdeck, I try to see his work, I read blogs about his work, mainly Me and Richard – there’s still some interest.  And he followed me on Twitter!

So why did I stop blogging?  First,  Donald Trump and the erosion of … just about everything that means anything to me in terms of the social and legal principals that make me proud and feel lucky to be an American – even with all my country’s faults, and there are many.  I began to and still spend a lot of time and energy reading, talking about, thinking about, worrying about, the political situation in the U.S. Many times, I thought about posting something about current affairs. I have a modest platform for that stuff on Twitter,  but my identity is this blog – Armitage Agonistes. It’s just me, Perry, but every time I tweet something about current affairs, I sort of cringe when I see my Richard Armitage logo, or even his name next to it. Maybe someone will like what I wrote, look me up, find the blog, and wonder, what the hell? My audience would be limited mostly to Richard Armitage fans.

I need an image right about now. 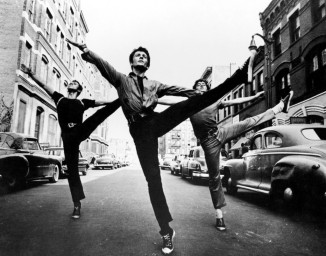 And I’d already seen that some Richard Armitage fans who were my readers, weren’t coming around anymore. I posted less with less substantial content, so fewer readers came to comment. When I did post something I thought was worthy of discussion, I saw that I had lost readership and so became  ticked off at the time I’d spent with such  little notice. Even the regulars didn’t come around.

So I was not posting about things I was really interested in and what I was posting, no one else was interested in.

And he followed me on Twitter!  I said that already. I cannot figure out the why of this. An accident? Still undiscovered when my tweets come across his timeline, if they do. They would, wouldn’t they. Or maybe he muted me, to save me the embarrassment of being unfollowed.  He’s still there, is all I know. Now, maybe he sees my tweets but is not interested in following any link to any blog post.  I just don’t know.

But, I know this:  his follow had a  chilling effect on whatever blogging about Richard Armitage that I might have gotten back to.

I’ve been following Quedate en Casa since March 18, with just a few trips out for some food shopping with one friend about once a week, and recently, weekly dinners with three friends at home, all who have been very careful and are staying home except for essentials. At least, that’s what they tell me. My landlord does most of my shopping for me.  And just when the first case has been reported, the government is phasing in openings. Testing, I hear, is sparse  in Mexico compared to other countries, but I don’t think we’re any worse off than the U.S. has been, and still is. I’m not hearing that we’ve flattened any curves yet, and some reports say that our peak will be in late August or September. My state of Jalisco has one of the most proactive governors, so things shut down very quickly two months ago and there were promises of widespread testing. I’m not sure that came to fruition, but overall,  my state of Jalisco falls in the middle of the 32 Mexican states in terms of  reported cases, but the death toll is lower than more lightly hit states, and the recovery stats are higher.  Hospitals and ICU units are holding their own – but then, there are so many hospitals in Guadalajara, which is sort of a medical capital. We’re told to multiply the stats by a factor of 8, because of lack of testing and attribution of some cases by the government, to the flu.

The risk where I live is that we’re an hour from Guadalajara, and lots of deliveries and workers commute. In addition, many residents of Guad come here or have weekend homes here, and at the beginning they were not observing any social distancing rules.  Until this week, there were road blocks preventing drivers who were nonessential, from entering our municipality, but that has stopped. Also risky is the fact that Mexicans here have to work if they can and were not great on social distancing or wearing masks, until the police got involved. That seems better now. On the other hand, at least in the beginning, Gringos were also slow to take this seriously.

This is a small community that keeps current with Facebook pages, liaisons who provide good information and almost hourly updates, so we knew about the first case within hours. Lots of shaming going on with Facebook – people reporting when they’ve gone into a store and observed staff not observing rules, not wearing masks correctly, not sanitizing, and the reporting is causing some nasty Facebook threads. The general rule seems to be that if we learn a store is not complying and playing it safe, we don’t go there.

Just then when this all started, I was getting ready to do some work on my house, including a paint job and some decorating, which required shopping. All that was put on hold, but the painting is starting Saturday. It’s easy for me to be safe with two workers in the house. I will stay in my bedroom, which is not affected, or outside in the back, under my terrazzo, where internet works and I have lamps if needed. The workers have an outdoor bathroom to use and an outdoor hose for cleaning brushes or whatever. The fun part – the shopping, selecting fabrics, etc, will have to wait a bit, or be conducted under strict guidelines.

Overall, I don’t feel less safe being in Mexico than I would if I lived in the U.S. – my hometown, as many of you know, was the epicenter of the U.S. outbreak – New York City. And frankly, so far, I don’t think the Trump administration has done a better job than the Mexicans are doing. When I think about social distancing and self sheltering there,  in an anonymous apartment with no outdoor space and long lines to get into grocery stores with empty shelves, rather than here in a house in a small village, in a very close community, I feel better off.  Just about everyone I am close with in NY was able to escape the city to weekend homes where they have outdoor space. All of my family lives in hard hit areas, like NY, San Francisco, L.A. and South Florida.

On the other hand,

There’s a sense, at least how I feel, that we almost wasted those 2 months of isolation if we’re opening up now, because now is when things are getting dicey.

I’m in at Armitage Agonistes

Mark your calendars! May 29th is #RichardArmitage Blog Reunion Day! Like a fam reunion for blogs. 😊 All are invited. Participate w/ blog posts &/or commenting. Write about anything but please include what you’ve been up to since blogging & your current interests. #RABlogReunion

Is one  new role among several enough to reignite fangirl embers? Maybe so. I’m feeling a rising level of excitement in Richard Armitage’s new film, My Zoe

The Rolling Stones said it best:

You can’t always get what you want.

I can’t get no satisfaction.

Forget the White T-Shirt gang and a season full of spoilers. The writers have shown nothing but disdain for their fans. What a ridiculous ending. Keeping in mind and thinking back to Season 1,  Daniel Miller only worked under Steven Frost for less than a year. They hardly knew one another. Valerie, what were you thinking?