I’ve been making notes on Berlin Station since Episode 1. I watched the first 4 episodes from different locations, so I have notes on all sorts of pads, loose sheets of paper, some front and back because the pads were almost empty, and in my laptop. I also have unpublished drafts, which serve as notes. 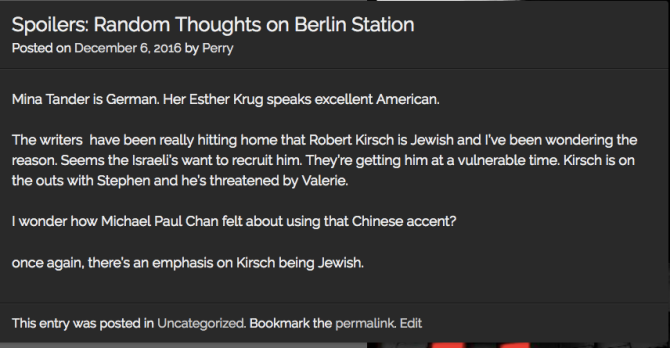 And, I have managed to get a few posts up and generated some discussion in comments.

And, I’ve been commenting vigorously on a few other blogs where bloggers are writing about it – there aren’t many – but there is the Episode by Episode description with some only some editorial matter, posted weekly on Me and Richard. The comment section discusses fan theories and opinions. [Find these by searching on Me and Richard (link below)for Berlin Station Episodes and they will all be listed.]

But, while I haven’t ignored the series, I also haven’t written any coherent posts that encourage general discussions of the series and Richard Armitage’s performance and role as Daniel Miller.

I question why I’ve spent so much energy on following and analyze the series and all that goes with it as a Richard Armitage blogger – yet producing next to nothing for myself or those of you who read here. Am I afraid of writing about what I think about this? I think it’s pretty safe to criticize the show itself. There is so much wrong with it – but it’s not a total loser. I’m recommending that you read this latest post from Servetus on Me and Richard Armitage, if you haven’t already. I’m only a little sorry to bootstrap my own blog onto someone else’s (I’ve been doing it for years one way or another), but, although her reasons are a little different than mine – or anyway – she seems to have reasons, Servetus is also having some difficulty with Richard Armitage’s Daniel Miller -anyway, she’s not able, so far, to treat the character the same way she’s treated all his other major characters. You can decide for yourself, but I think she’s saying, there’s not enough there. Again, my own comparison is  Gary Fuller  (Into the Storm).

I’ve tried before to have similar or joint discussions on two blogs and it never worked really well. I’m certainly happy, even prefer, to discuss this here – what’s going on with the show and the role and, really, the waste of talent. IMO – it’s not so much Richard Armitage’s fault. It’s the series, the script and the character. It is the decision to take this role after seeing the script. But I’m also suggesting that my readers take a look at Me and Richard short title : Me and Berlin Station – Why I can’t get into the show much.

I can understand why she, and all of us have to get into the show a little – I mean, there are these and Servetus is the source: 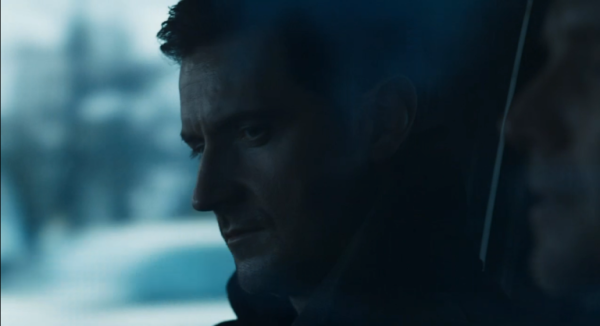 There are probably 100 fabulous screen shots of Richard Armitage, if not more. Fans are enjoying some of the best eye candy and future iconic shots that we could want. For some of us, me, for sure, Daniel Miller is so on the mark of our favorite physical version of Richard Armitage. I can’t stop looking. But, there it is no coincidence that most of Servetus’s captions start with, beautiful shot of Daniel Miller [doing or thinking something]. The disappointment is that the beautiful shots  are just about all the series has to offer us: not much to the character and not much range.

The title of this post, is from one of my unpublished drafts on Berlin Station, Perry’s Dark Secret and it starts of with the sentence,