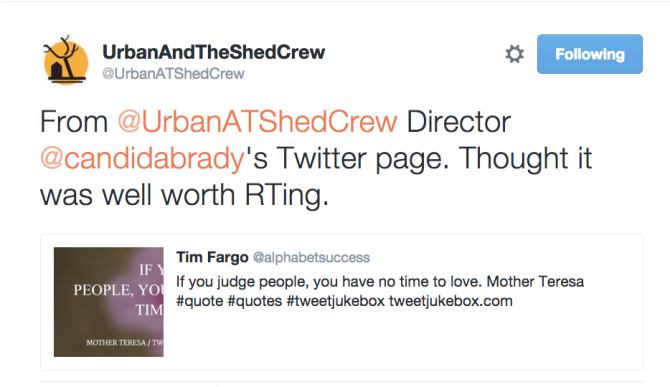 P.S. the quote posted by Tim Fargo is incorrect – The actual quote is, [I]f you judge people, you have no time to love them, a sentiment that makes no sense. We make judgments about people we love, necessary judgments, every day.  Not MT’s best work.

7 thoughts on “Mother Teresa to Promote Urban and the Shed Crew? Perry’s Judging.”