Guest blogger, Micra,  is finishing up her series on Leather Loving Richard Armitage ( I won’t call him leathery). Today, she explores costume choices made by others for his characters. Somewhere, I saw a Hamlet when he was wearing leather. Not RA, but, we can imagine. And John Proctor, well, I suppose it’s possible, but not likely. He may wear a leather hat, though.

Leather and Richard Armitage seem intertwined on screen as well as in life. Many of his characters wear leather jackets (or a leather outfit) as a clear peculiarity  of their station in life.(Guy of Gisborne, as a “black knight” or Ricky Deeming as a biker). Leather  can signal a particular background or place in society. It’s normal to associate leather for bikers, or to country gentlemen.

Let’s start with one of the first Richard  Armitage TV appearances, Doctors, a 2001 BBC daytime Drama.

The images we have from this series are low resolution but we can nevertheless judge the poor quality (and ill fit) of Tom Steele’s jacket.

In February-March 2002 Richard played Jez in the comedy Use Me As Your Cardigan, at Jackson’s Lane in North London . This time the jacket looks more appropriate to the young character and man Richard is playing. 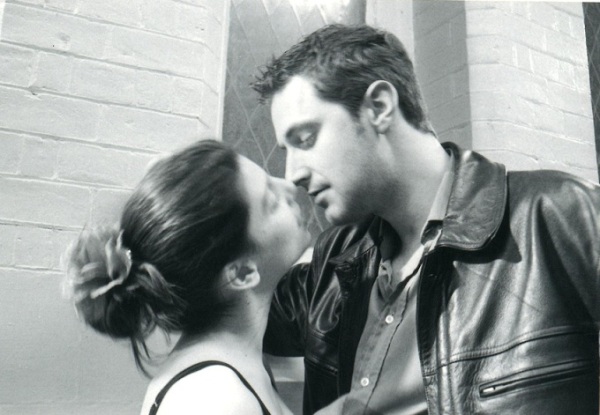 In 2005 Richard played Philip Turner in  BBC The Inspector Lynley,  In Divine Proportion Episode. For this character he wore a  suede leather jacket, a brown chamois one, very appropriate to the country setting of the episode. Can we imagine a country gentleman without a suede jacket? Certainly not.

Again in 2005, we can see another doctor wearing a leather jacket, a longer model this time: Dr. Alec Track, in ITV’s series,  The Golden Hour. 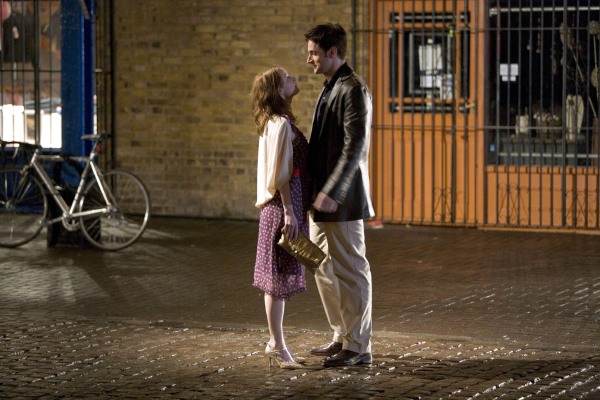 Alec Track’s jacket looks very similar to the one sported by an old favorite of many Richard fans (and constant reference by Lorraine and other interviewers): the lovely Harry Kennedy, the handsome stranger in BBC’s 2006 Vicar of Dibley Christmas Special. The model is a very classic one, very British-European, sort of a leather trench. Neither posh nor trendy, it’s perfectly appropriate to dorky Harry going into the small , fictional, Dibley village (not to talk about striped jumpers and scarf!).

Costumes are a relevant part in the “building” of a fictional character. We don’t have any description of them, as  happens in books, so when we see a character the costume’s visual impact must let us understand it without any other help. What outfit do you immediately think of if I tell you “biker”? Of course, a full leather suit! Here we have Ricky Deeming, in BBC 2007 George Gently Pilot Episode, Gentley Go Man. Ricky is one of the most beloved Richard characters. I’m suspecting black leather has a lot to do with fans preferences!

Speaking about  a leather full suit, the man in leather for excellence, ladies and gentleman, the one that conquered so many hearts among real fans: Sir Guy of Gisborne. The creation of this particular suit was very complex, as Robin Hood Series 1 and 2 costume designer, Frances Tempest, told in this detailed and interesting interview. I have chosen a particular promo image in which we can see the wolf shaped head clips well enough. Similarities with Rickie are not casual: Frances Tempest had a motor-biker in her mind while thinking about Guy of Gisborne costume and the result has become a legend among Richard fans.

Costume designers for Spooks never thought to dress Lucas North in leather (very strange) preferring that nonetheless fantastic Belstaff polyester jacket. But, at least once during the 8th series, Lucas had to act as a messenger riding on a motorbike ,so… here we have our Lucas in a leather blazer. And leather gloves, that he takes off with his teeth exactly like old good Sir Guy used to do… Oh yes, they know how to tease the girls… 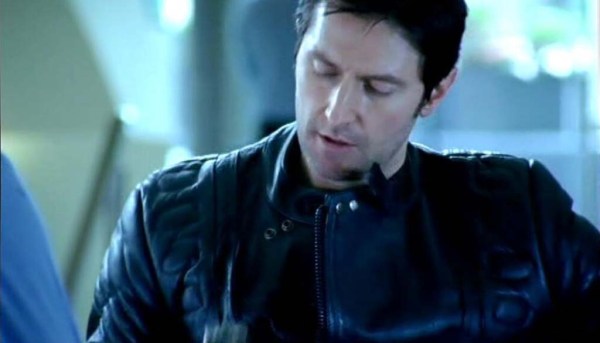 And of course there is John Porter, wearing the beloved Belstaff jacket, the first one of Richard’s personal collection. Even if this is my all time fave Richard’s jacket, I don’t understand why they chose it for Porter. It’s out of character, in my opinion. A very expensive garment that I don’t see as a good match with John and his economic situation  when he was down and out before rejoining the service to rescue Katie. 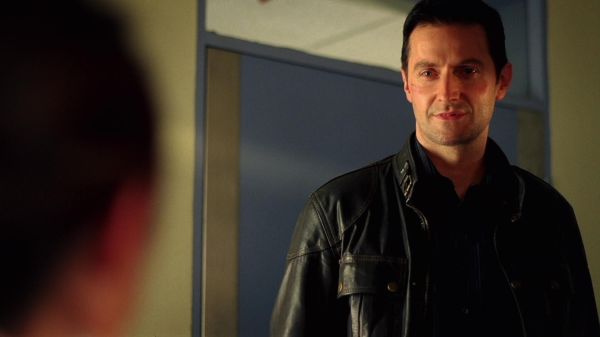 We all know the last (for now) character played by Richard is well covered with pelt, leather, suede and everything. It’s hard to imagine that any other future character can be covered with more leather then our Majestic King, Thorin son of Thrain, son of Thror, King under the Mountain: 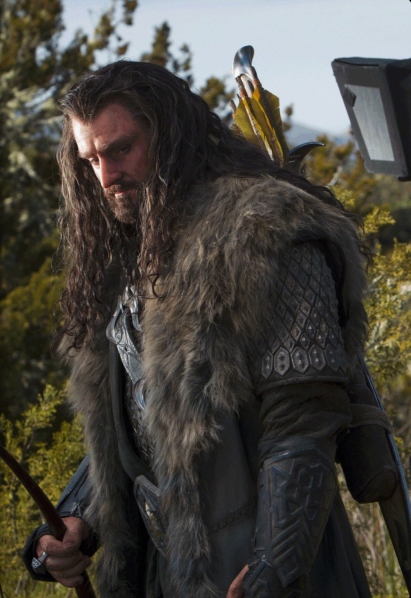 I doubt Chop, the co-star character in Urban and the Shed Crew will wear leather in the film. We have seen some pics from the set and no leather on sight. But we still have to discover how Thorin will be dressed in The Hobbit: The Battle of the Five Armies, 3rd and last chapter of The Hobbit Trilogy.

11 thoughts on “A Study in Leather: Part III – Armitage in Costume.”