How great is it that The New Yorker recognized the noteworthiness of  The Proust Screenplay reading by reviewing it.  Just seeing the review that named names  – and to see that one special name in the iconic  New Yorker  typeface (called adobe caslon), was a thrill of its own.

The article is in The New Yorker on line edition in its Culture column written by Elisabeth Zerofsky. Other articles by Ms. Zerofsky include a column featured in the News Desk on the Brooklyn Neighborhood of Park Slope, where New York’s Mayor lives ( and where I lived before I moved to Manhattan), and an article in the book review section. 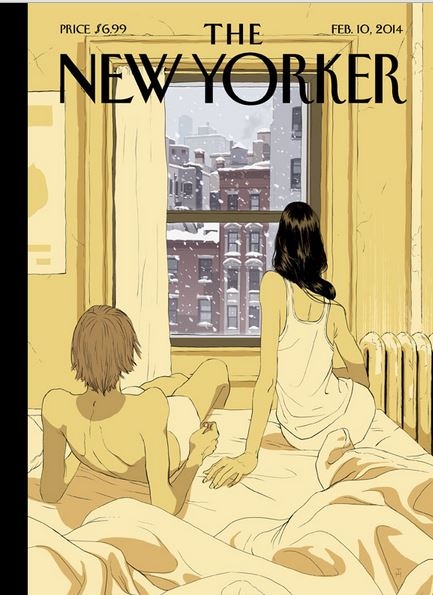 After giving the history of the Proust Screenplay, including  Di Trevis’s  prior London production obtained mainly from the pre-show talk with director Di Trevis , Zerofsky desribes the adaptor’s dilemna:

The adapter’s quandary is similar to the translator’s: is the task to stick clunkily but closely to the art of the original, thereby rendering something that will be recognizable to those familiar with the original form, but which is perhaps slightly awkward standing alone? Or is the work itself to be taken as a jumping-off point, from which the adapter or translator’s own particular talents may sweep in and create something related, but with a different texture and its own separate space in the world?

In this case, Pinter did the latter: he created a version of Remembrances of Things Past  both in a different medium and a different genre. It makes no pretense of recreating the novel.  I agree with her description of the reading as a “somewhat skeletel, impressionistic portrait of Proust’s novel, a series of staged images and vignettes strung together:”  the metaphor works for me and nicely ties into the part impressionists play in Proust and the screenplay.Overall, the review found good things in the performance, including the actors.

I also like that now, whenever anyone researches The Proust Screenplay,   then this  New York City Production will be referenced, together with a review.   This gives  Di Trevis and the production a certain status as theater.

Yes, yes, the reviewer wants to see more of Marcel (Peter Clements) , but that doesn’t necessarily mean she wants to see  less of Swann (Richard Armitage), and of Armitage she  said nothing more than he was “strapping,’ which I associate more with  John Standring than Richard Armitage and says little about his individual performance and more about how he looks. I don’t think “strapping” would necessarily apply to Charles Swann.

But – and it’s a big but- that trade off is really worth it, because Ms. Zerkofsky didn’t find it necessary to describe Armitage  as the actor who played Thorin Oakenshield or John Thornton in North and South. She assumed, it appears, that readers would know the name, and if not, maybe they should  look it up.  That’s an attitude I like- especially when it’s in The New Yorker.

15 thoughts on “Pinter/PROUST: A Closer Look at The New Yorker Review.”